· There is no cure but people can take measures to protect themselves. 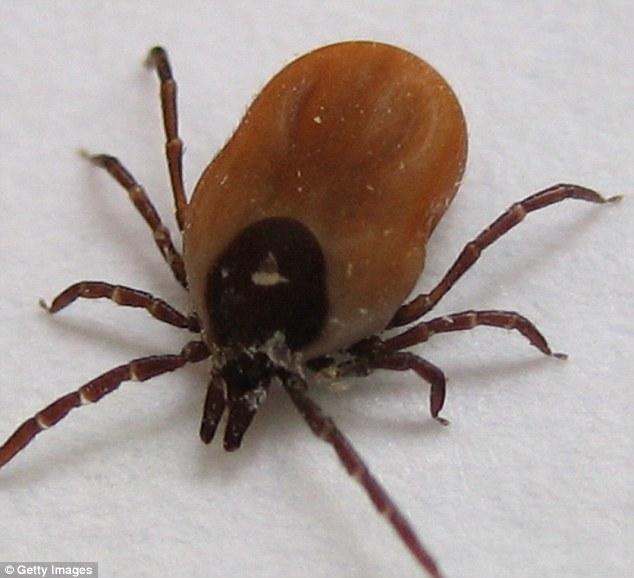 Lyme disease is one of the fastest growing diseases in the Western world. Pictured is a Ixodes ricinus which carries the infection

On any ranked list of nasty diseases transmitted by mosquitoes, ticks and fleas in the Western world, Borrelia burgdorferi, would have to lie near the top.

These bacteria cause Lyme disease, which was first recognised in the US in the early 1970s among patients in Lyme, Connecticut.

However, the oldest known case was the Ötzi the Tyrolean Iceman - a 5,300-year-old Copper-age mummified individual - discovered in the Italian Alps.

Lyme disease is one of the fastest growing diseases in the Western world – the threat it poses has become increasingly apparent in recent years.

However, the true number of people affected is probably underestimated due to under-reporting and the limitations of current tests to diagnose the illness.

Borrelia burgdorferi is a spirochete - a corkscrew-shaped bacterium - that consists of more than 20 sub-species, five of which can cause disease in humans.

Borrelia can flourish inside the tick, where they migrate from the gut to the saliva glands.

When the tick takes a blood meal from humans, the bacteria can penetrate our skin and travel around our body in our bloodstream.

And the bacteria mutates in a number of ways to become invisible to the host’s immune system - so we become infected with it.

The main way the bacteria is transmitted in Europe is the deer tick, Ixodes ricinus - but other species of the same tick carry the microbes in the US and Asia.

Humans can become infected after being bitten by an infected tick.

However, as Ixodes ticks can also transmit other bacteria and viruses, it can be hard to diagnose Lyme disease.

This is because it is one possible illness among the potentially large number of infections that may have been contracted as a result of the tick bite, meaning it often goes untreated.

But it’s not just ticks we have to worry about. Lice, fleas, and mosquitoes have also been found to contain Borrelia.

It has also been suggested that Lyme disease could be transferred to a foetus via the placenta, however this has yet to be proven.

WHAT BORRELIA BACTERIA CAN DO TO PEOPLE 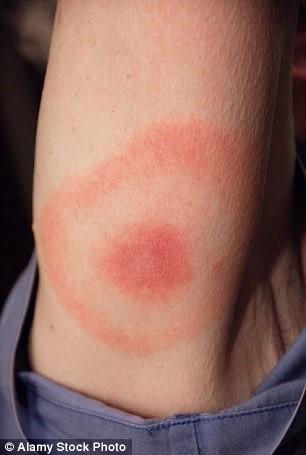 Some people bitten by a disease-carrying tick develop a bull’s eye-like rash, called Erythra migrans, between 3 and 30 days after infection

Some people develop a bull’s eye-like rash, called Erythra migrans, after being bitten by a tick.

It normally appears between 3 and 30 days after infection.

As infection spreads, Borrealia can also affect the skin in other areas; the nervous system; the joints or the heart.

The brain becoming infected is a rare but potentially serious complication, arising in 15 per cent of untreated Lyme patients who go on to be very ill.

This can also cause permanent brain damage.

Because of this wide range of non-specific symptoms, patients often don’t get a clear diagnosis or treatment options.

When Lyme disease is suspected, laboratory tests to detect specific antibodies against Borrelia burgdorferi can help confirm the diagnosis – although these are far from perfect.

Some patients, about 10-20 per cent, can develop a debilitating chronic condition called post-treatment Lyme disease syndrome.

They suffer symptoms including arthritis, fatigue, muscle pain and minor cognitive impairments such as headaches and sleep disturbances.

Unfortunately, there is currently no vaccine available against Lyme disease - but there are measures we can carry out to reduce the risk of infection.

These include avoiding tick-infested areas, wearing protective clothing and insect repellent to reduce the risk of being bitten.

It is also important to be treated with antibiotics as quickly as possible to prevent illness and avoid long-lasting symptoms.

Early stages of Lyme disease can be effectively treated with antibiotics, but patients with the chronic variant may require months or even years of treatment before it resolves.

Unfortunately, some physicians still view antibiotics as the only solution to this disease but chronically infected patients require multidisciplinary care.

They need help across different specialisms to address all simultaneous infections - helping them manage their immune system and any other health complications. 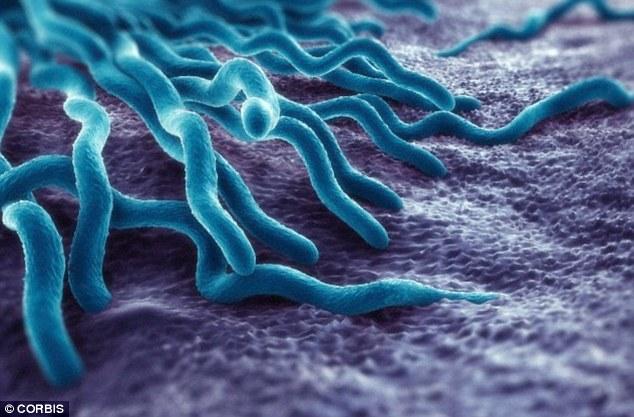 There is no cure for Lyme disease but there are things people can do to reduce the risk of infection, including avoiding tick-infested areas, wearing protective clothing and insect repellent to reduce the risk of being bitten. Pictured is the Borrelia burgdorferi bacteria which causes the disease

The disease affects so many of the body's systems, and has such a debilitating impact on the life of the affected patient, it has triggered a crisis that has far-reaching implications for public health policy.

It’s clear, given the rise in cases across the world and the number of people who continue to suffer even after antibiotic treatment, that Lyme disease is spreading rapidly

When people get diagnosed with Lyme disease, they make a shift to a life of increasing uncertainty, particularly from a lack of adequate and credible information.

It’s clear, given the rise in clinical cases across the world and the number of people who continue to suffer even after antibiotic treatment, that Lyme disease is spreading rapidly.

For example, in the US the number of annual reported Lyme cases has increased about 25-fold since the national surveillance began in 1982.

Many aspects of the disease, such as the chronic condition, remain controversial or evolving, due to the scarcity of robust evidence-based data.

There is not even one consistent terminology that defines 'chronic Lyme disease'.

More measures are also needed to resolve the crippling uncertainty surrounding the infection.

We need more research to help develop reliable diagnostic tests, identify sub-populations of patients who are most likely to benefit from antibiotic treatment, and ultimately to ensure that Lyme disease does not become a pandemic reality.

A Recipe for Fresh Salsa